Does anyone have the video of the disallowed penalty against Oxford? 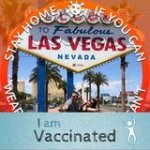