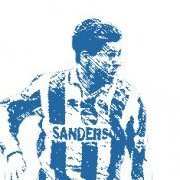 By chazzyowl, May 15, 2018 in SHEFFIELD WEDNESDAY MATCHDAY